← more from
Altin Village & Mine
Get fresh music recommendations delivered to your inbox every Friday.
We've updated our Terms of Use. You can review the changes here. 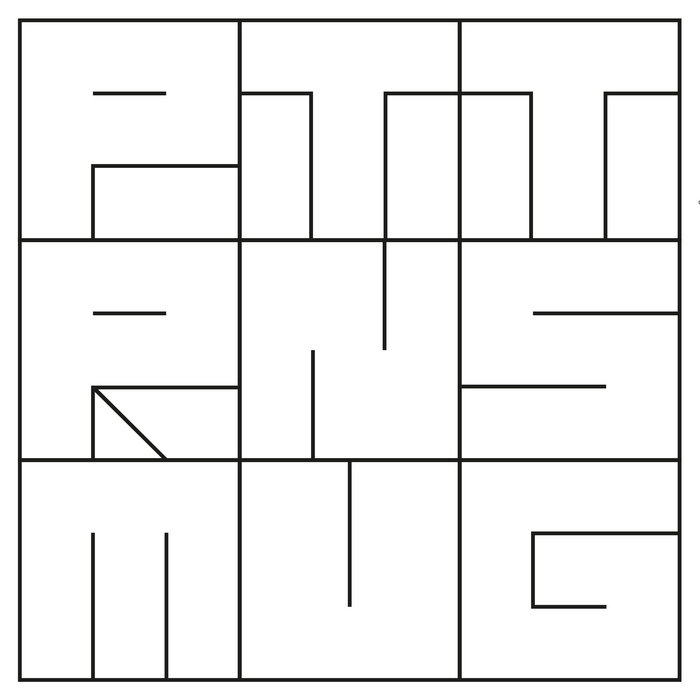 »The goal of the revolution,« it has been noted, »is the abolition of fear.« Any confidence for the future must be understood within the ramifications of a past that informs its potentialities, its doubts, and one’s capacity to act; it inserts itself into any projected action as the matter of time. What potential does popular music with its notorious obsession with the past hold for the imagination of future communities? And how can, in a most general sense, Pop help us think about this? In other words: What are the domains and possibilities of ‘political’ art today?

These questions, as questions about the time and temporality of the political, are at the core of PTTRNS’ new album »Material und Geschichte,« produced with Andreas Spechtl (of Ja, Panik, among others) in a long Berlin summer in 2017. And in the spirit of the band’s previous work, these conceptual considerations are immersed in the musical realization. Over the course of the 47 minutes running time, the album submits, lyrically and conceptually, the outline of a pervasive futurity. On the record’s eight tracks, this futurity figures in three ways: First, as the time of the performance—a time of the present that becomes indistinguishable from the future. This time of the event is marked in the physicality that has featured prominently on the band’s last efforts and has always made for their famously infectious live appearances: the jam-like, funky quality of their sound. Secondly, time is introduced as a time of repetition: an excessive time that itself comes from the future and, in its exceeding the material present, folds it back to its origin. This repetition, presented with equal attention to form and expressivity, invokes a tradition that has, somewhat unfortunately, been identified as »Krautrock.« Thirdly, time features on »Material und Geschichte« as a technological countertime, or Contretemps, as registered in a song title: This is the time of the producers’ intervention, the dub, which opens up in the record’s most free moments and, calling attention to the materiality of the record itself, marks the temporal suspension of the listener that always also is a possibility for action.

Lyrically, the collective that is PTTRNS speaks in a communal voice. Connecting to their previous work, which focused on the possibilities of individual instances of sense-making, »Material und Geschichte« frames these instances as ways of relating, as the presents of a future solidarity. This is mirrored in the production values of the record, which, as is usual for the band, is a communal effort. The record boasts a cast of notable collaborators in Rabea Erradi (Die Heiterkeit, Sleep) on saxophone, Sonja Deffner (Jason & Theodor, Die Heiterkeit) on clarinet and vocals, and Andreas Spechtl on vocals and guitar; the artwork is designed by long-time friends Our Polite Society. The result is the document of an ever-future collective: an album of free music, and the most mature and profound statement yet of a unique group.

PTTRNS are equal parts colors, shapes and instants. PTTRNS have the desire to make music a communal and fun experience. PTTRNS are bass and grooves and polyrhythms and repetitions.

Bandcamp Daily  your guide to the world of Bandcamp

Sampa The Great joins the show to discuss her release, "As Above, So Below".